Had I kissed you

Had I kissed you that night at the theatre
it would have been the end,
the end of your freedom..
Your wings would've been cut
and tied down to the ground..
and you would've found yourself
in a cold, dark prison cell...

Such a free soul you are;
you deserve to be in the air
within the clouds
and with fresh wind in your hair

Yet
I so wish I kissed you that night my dear
I so wish I could make you mine
But you belong to the Earth
to the sea, to the rivers. to the fields,
to the trees, to the clouds, to the mountains...

It would've been the end of your freedom,
If, at the theatre that night,
I kissed you...

But I so wish I did...
Posted by දෙවින් ප්‍රේමසිරි Devin Premasiri at 10:30 AM No comments:

If you are to take one step from me 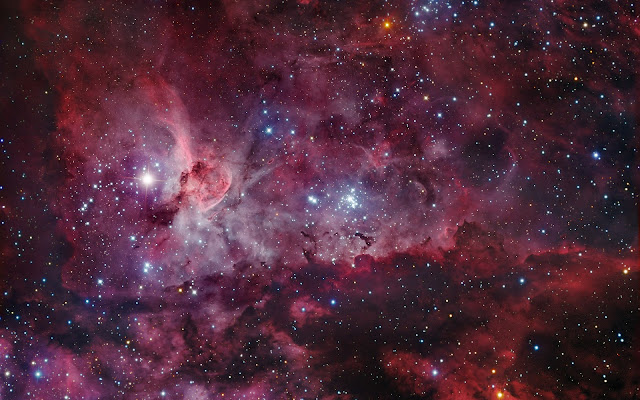 If you are to take
one step from me
take a thousand,
for it will be
the end of my universe
the moment
you turn away from me...

I would float
through the galaxies
the nebulas
the distant constellations
within your eyes...
and dissolve
into the dust;
be a part of your soul...

Are you an oasis
or just a mirage
within the desert of my heart?
For you
are the one coloured scene
in my film,
black and white...

So please don't my dear;
don't look away from me,
as it would
make my heart explode...
and leave me
floating in a pitch black vacuum...

But if you are,
by any chance,
to take one step away from me,
take a thousand...

And don't look back;
Back at my slow death...
Posted by දෙවින් ප්‍රේමසිරි Devin Premasiri at 10:14 AM No comments:

Where the stars can't see

There was magic in the air.

I mean there had to be magic in the air. After a warm hard working day, it was as if the Earth was finally taking rest. For the night to be so beautiful after one of the warmest days of the summer felt unreal. Magical would be a better choice of words.

We found ourselves walking across the river on this massive old bridge. The wooden planks would creak every step we took and through the gaps between them, we could see the water running fifty feet below. There was a breeze running across the bridge, neither cold nor warm. There were street lights just enough to lighten the dark world without taking the beauty away from it.

The sky was orange; the few clouds roaming around in the sky reflected the city life down below. The few visible stars or planets completed the whole picture with their distant glimmer. The sound of a distant concert constantly buzzed in our ears as we strode along. An occasional car broke the calm aural equilibrium, only to add to the beauty, not to take from it. 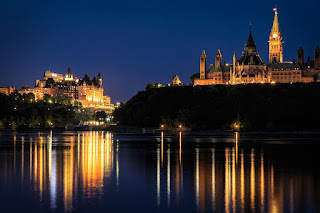 It was beautiful indeed. Beautiful is an understatement. No words could justify the grandeur of that night. Words are the only way of explaining feelings and words fail at it without exceptions. We would walk to the other side of the bridge, talking, and I would have a million feelings locked up in my head unable to be translated into words. Such were words.

The lights reflected on the dark river and flickered to some rhythm I couldn’t comprehend. It felt like a dance. We could still hear the concert in the background and there must have been people, sober and drunk, dancing to the beats in herds. It was their entertainment. But the lights in the river were dancing for us. The darkness was sitting there right by us enjoying the show, the breeze would send us the occasional compliment and the moon would look upon us from the sky with a motherly kindness.

“I love blank spaces in time. People go on the phone, they read, they play games, listen to music just to fill those. They are just distractions. I like the feeling of being alone and feeling sad. I like thinking about what is wrong. There is an oddly satisfying feeling in it.”

I looked at her eyes while she said that. Through those beautiful dark eyes, I could see the whole universe. I saw galaxies far far away deep in her eyes. She was a reflection of everything ever was. I drowned in the beauty of her eyes and the grandeur of her soul. She was the centre of the universe and the only meaning of existence. A soul so pure sitting next to me, talking, was unreal. My mind exploded into pieces. I had to gather myself together.

“I do too. Those distractions keep us from connecting with our own selves. I like to be with myself and realize my own insecurities.”

“We all have those insecurities that we are reluctant to talk with others eh. That is why I love reading Bukowski. His writing is raw and vulgar. But he is not afraid to say what he feels.” 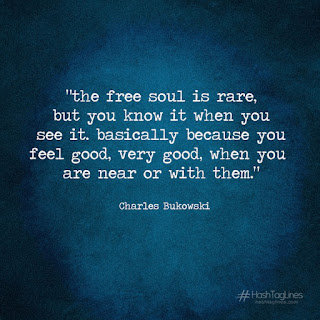 But like every good story ever told, it had to end. The night was only so till the Earth wakes up. When the Earth wakes up, the sun tells us that the time has come for us to fall asleep. Such were our lives. Mine at the least. Bidding farewell was hard but had to be done.

She disappeared beneath the surface of the river. Slowly. I slowly dissolved into the breeze. If someone were to come in the morning, they’d see foot prints towards the river. There were none from it.
Posted by දෙවින් ප්‍රේමසිරි Devin Premasiri at 12:14 PM No comments: 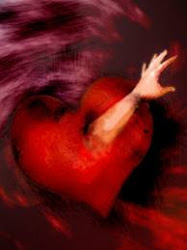